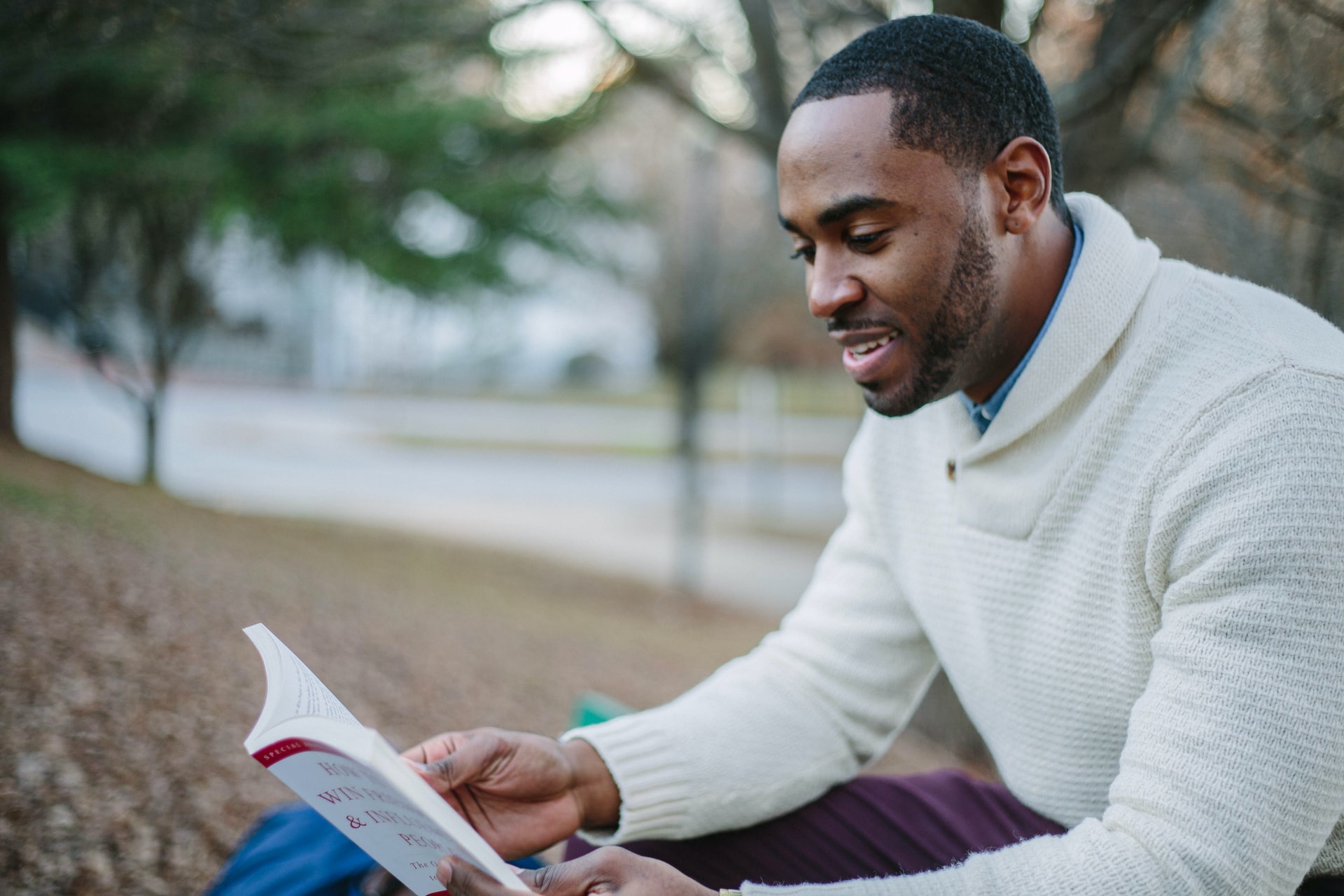 My "very own" mother used to tell me I was an "angry young man" at certain times. She would send me out to chop wood to get it out of my system. Looking back on it, I know she wasn't too worried about what her "angry young man" would actually do because being out there chopping wood involved wielding a full-size axe!

Much later in life, as the father of two boys growing up in less of a "farm" environment (where there wasn't always wood to be chopped), I installed a large punching bag for them in the basement. I think it was a generally success as a way to let off some steam -- although I think their dad (me) was often the source of their frustration.

Unfortunately, I've never been one of the "cool heads" who just naturally lets things go and puts everything in proper perspective relative to the big picture. I have a strong sense of how things "should be" as opposed to accepting them as they are.  The gap between the way things "should" be and the way things actually are would, frankly, often make me mad.

Sometimes I would get angry when my well-being (physical, emotional, relationship-wise, career, or financial) was being threatened.  Some were immediate and obvious. Some of these threats were long term and/or subtle -- and it was harder to actually put my finger on why I was upset.  In perspective, some weren't really even that important. Some didn't even turn out to be real because I had just blown the situation up in my imagination about what "could" or "might" happen.

There have also been many situations where things (some important and some just minor) didn't go well (didn't go my way) -- to say the least. Adding to this,  I sometimes (often?) feel that life or some specific outcome isn't fair -- or I envy the good fortunes of someone else who has been blessed more than me for a promotion, raise, victory, etc. Blaming others or, even, a perfect and omnipotent God, isn't always beyond me.

I'll admit that I sometimes blow things out of proportion, hold a grudge, or ascribe evil motives to others' actions without solid evidence. I even expected myself or others to be "perfect" in some (or all) areas of life if I (or they) were going to measure up to my standards -- but I don't really do that one very often anymore.

While "angry" might seem a little extreme for you if you generally handle things fairly well, this article also applies to upset, miffed, peeved, mad, unhappy, perturbed and similar emotions.

If you can relate to any of this, you should probably keep reading.

Here are the things that will be covered here:

Before letting any more time pass, it's important to quickly emphasize one of the key points about anger management that will be of great help: You don't have to let your emotions drive your actions or words. You can use your emotions to sense things and feel, but you don't have to (and shouldn't allow yourself to be) controlled by them. My hope is that you can avoid being an "angry young man" and, instead, become a "cooler head" who is calmer, steadier, happier, and can turn bad situations into opportunities and success -- like the guy pictured in the photo above.

What should I do about it when I am angry?

Logically, we should first look at "why am I so angry about this event or issue?", but, because the focus of this article is to provide quick help in times of need (instead of being something you are just reading for pleasure in your spare time), let's first address what you should do when feeling angry.

This is being provided in a checklist of bullet points rather than essay style because, when angry, you need something quick and clear. It applies to words, texts, posts, Tweets, and emails as well as actions. The acronym E-DRAW-SPAAH may help you remember these steps:

Obviously, following all ten of the above steps meticulously is a lot of work for a simple issue. You’re not earning a “grade” for covering each step, however. That’s not the point — although working through each thoroughly just might keep you busy long enough to dissipate some intense emotion! Many problems you encounter won’t warrant thorough attention to all ten steps. You can often speed through the first four or five. Feel free to fly through any that aren’t really significant in a particular case if they aren't that helpful.

Regardless of your situation, you really shouldn’t completely skip the first four or five steps. You definitely don’t want to “act” first and, then, try to recover by working back up the list. You don’t want to put yourself in a position where where you need to, say, call for a timeout (pause), then start trying to sort everything out, then go blow off some steam because you have already screwed everything up, and, then desperately start praying for a way out. You don’t want to have to kick yourself for letting anger drive your actions, and, then, think about running away from the whole mess because you acted prior to working through E-DRAW-SPAAH.

So, let's say that you find out that your girlfriend has accepted an invitation to the Prom with your best friend. First, Escape (excuse yourself) if possible so you can get away to clear your head. This may simply mean postponing an impulse to immediately respond to a text/post or voice an opinion about the issue when you find out about it in the bathroom/dorm/fraternity. Decide that you aren't going to let your anger drive your actions.  Recognize that the feeling you are having is anger and that it is a signal that something is bothering you. The exact nature of the “something” that is really bothering you may be obvious or a little bit of an enigma at first.  Ask for understanding, wisdom, and calm multiple times until you are under control. Work/exercise off some steam by raking some leaves or running a mile or two. Sort out the problem to figure out why you are angry, note some positives about the parties involved (very few people are entirely evil), list some pros and cons of the situation, and brainstorm for solutions. Think about how this whole thing might be turned into an opportunity. Then Pause a few hours or a day. Adjust per any new insights or ideas. Then Act per your "cool headed" plan. Finally, see if you can actually turn the situation into a benefit for future increased Happiness.

Whether an event (real or from a memory or dream) supports or threatens your values, standards, goals, and beliefs is key to whether the emotion of anger is triggered -- and to what extent.

The psychology of emotions is complex and and can occupy professionals for their entire careers. This little section within this short Anger Management article isn't meant to replace all of the tens of thousands of books written on the subjects of emotions and anger. It is, however, meant to give a regular guy a quick helpful guide so you can handle your anger much more effectively.

Emotions are automatic (pre-programmed algorithms) reactions to thoughts (conscious or sub-concious) in/from some part of your mind. In computer terms, they are initially outputs. They are not the inputs (perceptions, thoughts) or the processing (decision-making algorithms). They can be fed back into your mind and used for further processing -- with us choosing how to reaction or respond to the emotion once we feel or recognize it.

Something (event, thought, dream) will be sensed by your mind when it happens in the external world or within our mind (as it churns away consciously and subconsciously day and night). As it is sensed, it is run through a very complex set of event-evaluating algorithms such as:

The outputs of these algorithms are a set of emotions. Anger is an emotion triggered by some complex combination of things that have the attributes listed near the far end of each algorithm above.

It boils down to something being considered to be a positive or a threat, it's magnitude and it's immediacy -- all relative to your fundamental beliefs about what you consider to be positive or negative in your life.  Some examples might be:

If you think about your beliefs (which you should do from time to time), you may want to change some of them if they don't pass the reality test. Everyone is talking about "following the science" these days -- so how reasonable is it to assume that "everyone", "all", "never", "always", "absolute", "proven", and "perfect" can be included in our standards on many important life or societal issues? If your standards and values regarding the behavior of others, yourself, or situations include too many of these absolutist descriptors, you may find yourself constantly and unnecessarily angry.

As was stated above, whether, and to what extent, an event (real or from a memory or dream) supports or threatens your values, standards, goals, and beliefs is key to whether the emotion of anger is triggered.

You, however, may think through your beliefs in certain key areas and decide that, yes, you are right to hold these beliefs and standards. Having high standards can be a mark of high character and can keep you on the right path when tempted. They can help you stick to a critically important principle vs. wandering into dangerous "grey areas". If this is the case, then don't make changes in your beliefs just to try to avoid feeling angry. Standing strong against tough odds can be energized by righteous indignation.

Just make sure that you use the "E-DRAW-SPAAH" guidance above to handle situations when the anger is triggered -- whether you are right with your beliefs or they need some adjustment. Again, as a final note, remember that you don't have to let your emotions drive your actions or words. You can use your emotions to sense things and feel, but you don't have to (and shouldn't allow yourself to be) controlled by them. Hopefully, "I was so angry that I couldn't help myself and just had to..." can become a thing of your past in almost all cases.